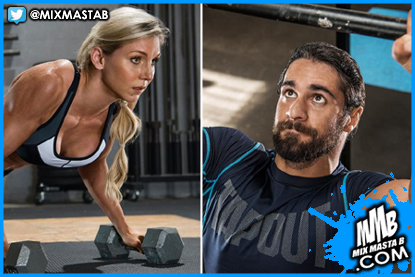 Sports Illustrated has revealed its dual lists of the 50 fittest male and female athletes. The list includes Olympians and athletes from major sports, including football, baseball and basketball.


Seth Rollins and Charlotte are featured on each respective list, joining world-famous sports figures like LeBron James, Cristiano Ronaldo, Ronda Rousey, Serena Williams and many others.
"Charlotte Flair has athletic abilities that extend well beyond WWE," Sports Illustrated writes. "She competed internationally in gymnastics for seven years; won three cheerleading national championships, played volleyball and basketball and did swimming, diving, ballet and track and field.
The list explores Rollins' rehab workouts following his injury, writing: "He suffered a knee injury in November but has been rehabbing for months to return, using tools such as the SkiErg (a machine that mimics Nordic skiing movements), the rowing machine and, of course, some heavy weights."
See the full lists at SI.com.
Posted by Mix Masta B at Tuesday, May 24, 2016