Plans For Brock Lesnar Going Into The Summer #MMBWWE 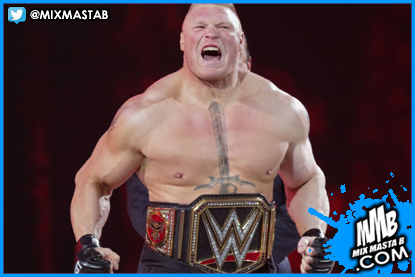 The current plan is to keep Brock Lesnar off television until August, likely to build for a match at the August 21st SummerSlam pay-per-view from Brooklyn.

WWE originally reported that Lesnar could face Bray Wyatt or Braun Strowman in his next match but that was before officials changed their mind on plans for Strowman's push. Strowman was originally planned for a big push and to win the Andre the Giant Memorial Battle Royal at WrestleMania 32 but his push was halted after bad reactions to the RAW match with Dean Ambrose and bad reactions to reports of Strowman facing Lesnar or The Undertaker.

No word yet on who Lesnar will be facing for his next feud.

CREDIT // SOURCE - Wrestling Observer Newsletter
Posted by Mix Masta B at Thursday, May 12, 2016