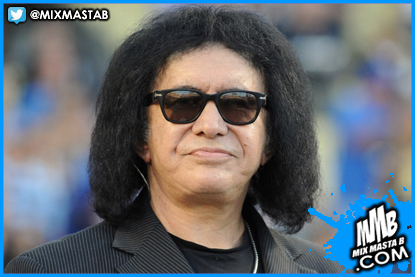 Gene Simmons is happy to be alive. “Every day I wake up and I never take it for granted,” the legendary Kiss frontman says with conviction. At 66, the rock star is a similar age as recently deceased musicians David Bowie—who died at 69 in January—and Prince, just 57 at the time of his death in April. But if any man can defy the Grim Reaper, it’s Gene Simmons, armed with his unbridled, and infectious, joie de vivre. “I’ve always been delusionally upbeat and positive,” he adds.

“Bowie was the most tragic of all because it was real sickness,” Simmons tells Newsweek. “All the other ones were a choice.” Even Prince? “His drugs killed him. What do you think, he died from a cold?” (Prince’s bodywas found with prescription painkillers in his possession; however, his longtime lawyer denied he was “drugged up,” calling allegations of addiction “foolish.”)


Simmons is nothing if not frank. He continues: “I think Prince was heads, hands and feet above all the rest of them. I thought he left [Michael] Jackson in the dust. Prince was way beyond that. But how pathetic that he killed himself. Don’t kid yourself, that’s what he did. Slowly, I’ll grant you... but that’s what drugs and alcohol is: a slow death.”

Simmons’ is a level of candor that fans of the rock star—and viewers of his various reality shows—have come to expect, even appreciate. But for those not attuned to it, it’s not difficult to see how he can be seen as inflammatory—a recent example includes clashing with the members of N.W.A. over “the death of rap.” Simmons is characteristically unapologetic, although he manages to maintain a cool air of charm throughout the conversation. It’s almost as if he enjoys the controversy he’s bound to create. And that may be the mark of a true rock and roll showman.