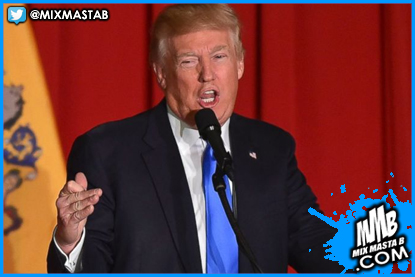 
The regulators "did not ascertain any inconsistent or questionable matters" in Trump's returns, they wrote.
The Findings Were Included In A Report Obtained By ABC News And Verified By The New Jersey Casino Control Commission. Although The Regulators Viewed Trump's Tax Returns From 1975 To 1979, They Did Not Include The Actual Returns In Their Report To The Commission.
The presumptive GOP presidential nominee had promised to release his most recent tax returns as a 2016 candidate, but he later declined to do so until an audit is completed. He has faced criticism for that decision, though not required to do so, as presidential candidates have consistently released their tax returns to the public over the last 40 years.
The tax rates paid by Trump are "none of your business," the GOP candidate told ABC's George Stephanopoulos in a recent interview on "Good Morning America." In the same interview, he told Stephanopoulos that "you'll see it when I release but I fight very hard to pay as little tax as possible."
In 1979, Trump's negative $3.4 million in income and zero tax liability stemmed for the most part from losses on real-estate holdings in New York City, the report states.
"The Division notes that in 1978 and 1979 Trump incurred no federal income tax liability. In 1979, the lack of such liability is primarily attributable to losses incurred by Trump in the operation of rental properties located at Third Avenue, Fifth Avenue, East 56th Street, East 57th Street, East 61st Street and East 62nd Street, New York City, New York," the New Jersey Department of Law and Public Safety Division of Gaming Enforcement wrote in its report to the state Casino Control Commission.
Donald Trump's presidential campaign has not yet responded to ABC's request for comment on the report.
Trump has come under bipartisan criticism for his taxes. Mitt Romney, the 2012 Republican presidential nominee whom Trump once said was hurt by his own delay in releasing tax returns, has called it "disqualifying for a modern-day presidential nominee" to refuse to publicly release tax returns. The IRS has said an audit does not prevent citizens from publicly releasing their returns.
The IRS has said previously that it does not discuss individual tax matters.
CREDIT // SOURCE - ABC NEWS
Posted by Mix Masta B at Friday, May 20, 2016