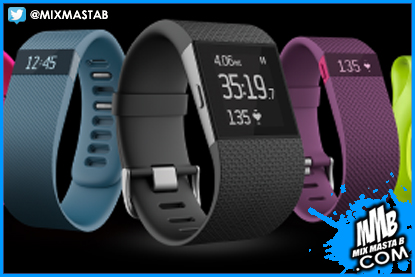 A FitBit fitness tracker may have helped save a man's life at Our Lady of Lourdes Medical Center, according to a reports.

The patient, a 42-year-old New Jersey man, visited the hospital's emergency room after a seizure and it was determined that his heart rate was irregular and fast, Gizmondo reports. Hospital personnel, however, were not able to determine if the seizure had caused the irregular heartbeat or if it was a chronic issue, which would determine treatment possibilities.

But the man's FitBit Charge HR — a fitness tracker worn on the wrist — held the necessary information. The device measures the wearer's pulse rate, and in this case it showed that the irregular heartbeat took place during his seizure, but was not a chronic issue.
As detailed in the medical journal Annals of Emergency Medicine, this information allowed doctors to determine the correct treatment option. The patient was sedated and his heart rate reset via a procedure called rhythm conversion and his FitBit was used again after the procedure to record his pulse rate.
According to the report, this is the first time in medical history a fitness tracker has been used to help in medical decision making.
CREDIT // SOURCE - Rebecca Forand // South Jersey Times
Posted by Mix Masta B at Sunday, April 10, 2016