Chris Christie takes shot at Sixers ... who will soon be paying his salary #MMBSports 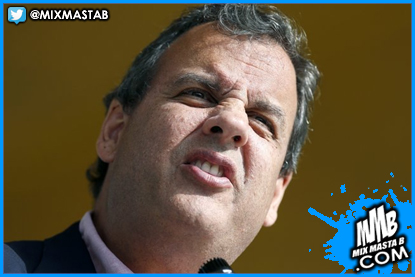 New Jersey Governor Chris Christie's affinity for sports is well known -- from cheering on the Cowboys with Jerry Jones in Dallas to taking in Notre Dame's Sweet 16 and Elite 8 games at the Wells Fargo Center last month -- and he's never backed down from an opportunity to rip a Philly team.

And because his second term ends in another 20 or so months -- term-limit regulations won't allow him to run again -- he no longer has to worry about isolating segments of the voting public by saying the sort of thing he said on Wednesday about the Philadelphia 76ers.


But the Gov. took it a step further on Wednesday when the topic turned to the Sixers' new practice facility in Camden, which will house many of their offices as well. It's true that the team was given $80 million in tax breaks from New Jersey to build the complex, but that seems fair considering the team will be bringing jobs (including the construction jobs needed to complete the building) to a city that has been struggling for as long as I can remember.
Still, this shouldn't come as that big of a surprise...

Christie on 76ers Camden facility: "The only thing the 76ers will do in Philadelphia once they move into Camden is lose.”
— Matt Friedman (@MattFriedmanNJ) April 27, 2016

Good one, Chris. How many games did your team win this year? Oh, wait. I forgot they moved to Brooklyn.

And because the team will be doing business in New Jersey, they'll also be paying their fair share of taxes (even with the breaks they're getting to move across the Delaware River). Those taxes, indirectly of course, make up Christie's salary. That fact likely wasn't lost on Sixers CEO Scott O'Neil, who tweeted this earlier on Wednesday in response to the above tweet, but has since deleted it.

At least now Christie doesn't have to worry about upsetting his South Jersey supporters -- many of whom root for some combination of the Phillies, Flyers, Eagles and Sixers -- to the point where he loses their votes.
And if he's hoping to make another run at the White House in 2020, he can trash Philly teams all he likes. Any chance he had at winning their fans over went out the owner's box window some time ago...