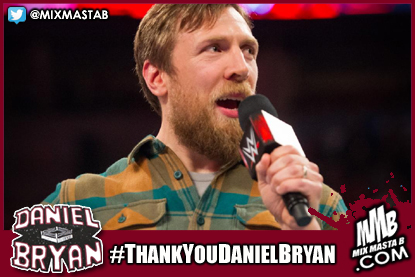 WWE Universe, join in celebrating the amazing career of Daniel Bryan with WWE 24: Thank You Daniel, airing immediately after Raw on Monday, March 28, exclusively on WWE Nework.
Use #THANKYOUDANIEL to send your own personal video message to the former WWE World Heavyweight Champion via social media, and you may even see it appear on the program!
Don’t miss this WWE Network special, as WWE 24 cameras take you behind the scenes with new and exclusive footage of Bryan’s exciting career.