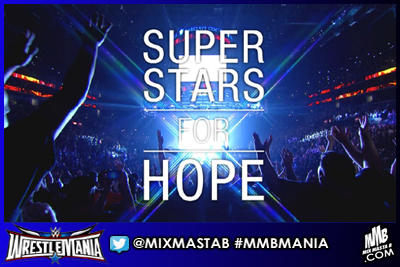 WWE has announced the launch of this year’s Superstars for Hope, a global online auction on Charitybuzz.com, featuring unique, once-in-a-lifetime experiences to benefit Boys & Girls Clubs of America.


Fans can now visit Charitybuzz.com/WWE through Tuesday, April 5, to bid on exclusive experiences with WWE Superstar John Cena, WWE World Heavyweight Champion Triple H, WWE Chief Brand Officer Stephanie McMahon, and packages with the Dallas Cowboys, Dallas Mavericks, New York Yankees and many more.
"WWE is dedicated to using the power of our brand to give back to the community in as many ways as we can," said Stephanie McMahon, WWE Chief Brand Officer. "I am proud that this year’s Superstars for Hope campaign will support Boys and Girls Clubs of America to further enhance their efforts to build future leaders and positively affect the lives of our youth."
"Boys & Girls Clubs of America is honored to receive support from WWE’s Superstars for Hope campaign," said Frank Sanchez, National Vice President, Boys & Girls Clubs of America. "WWE and Boys & Girls Clubs of America will work together to provide Club kids all across the U.S. with the tools and skills to eradicate bullying in their communities. We are thankful to have a partner like WWE that cares so deeply about America's youth."
Online auction highlights include:
Fans can click here now through Tuesday, April 5, to participate.
Posted by Mix Masta B at Monday, March 28, 2016