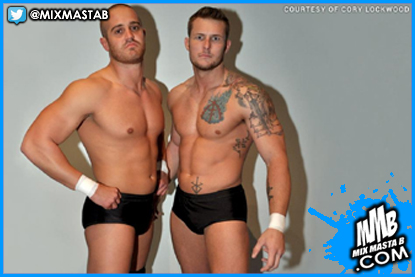 
Hailing from Perth, Australia, the duo — known to fans as Mikey Nicholls and Shane Haste, aka The Mighty Don’t Kneel — has competed on their home continent and beyond, achieving their greatest notoriety in Japan under the banner of Pro Wrestling NOAH. While there, Nicholls & Veryzer trained in Japan’s rugged dojos, crossed paths with the likes of current NXT Superstar Hideo Itami and former ECW Champion Masato Tanaka, and won the league’s heavyweight tag team titles twice.
TMDK also developed a reputation for innovative double-team maneuvers, and were voted the top tandem of the year by members of the Japanese media in 2013. It was the first time that non-Japanese competitors had won the award since 1998, when Vader and soon-to-be WWE Hall of Famer Stan Hansen were honored. It is currently unknown whether Nicholls & Veryzer will continue as a team or pursue individual competition in NXT.
Stay tuned to WWE.com for more news on the upcoming NXT class.
Posted by Mix Masta B at Monday, March 28, 2016