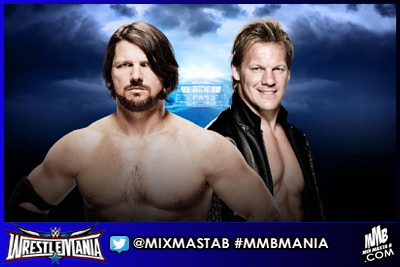 Following AJ Styles’ memorable debut in the 2016 Royal Rumble Match, the yearning for dream bouts between Styles and WWE’s best was at the top of everyone’s wish list. However, as proven by The Phenomenal One and Chris Jericho’s now WrestleMania-bound clash, dreams can quickly devolve into harsh realities.


Styles and Jericho’s rivalry first developed and revolved around the principles of mutual respect and pure competition. The two exchanged victories — Styles prevailing on Raw and Jericho evening the score on SmackDown — leading to a highly anticipated rubber match at WWE Fastlane. The two did not disappoint, delivering an instant classic that left the WWE Universe inside Quicken Loans Arena astonished from start to finish. The Phenomenal One ultimately prevailed, proving his mettle as one of WWE’s newest elites.
In a somewhat surprising turn of events, the often-hotheaded Jericho offered a handshake to Styles following the contest at WWE Fastlane. Styles accepted the peace offering, and the two began teaming up in subsequent weeks. Dubbing themselves “Y2AJ,” the pair quickly ascended to a WWE Tag Team Championship opportunity.
Posted by Mix Masta B at Tuesday, March 29, 2016