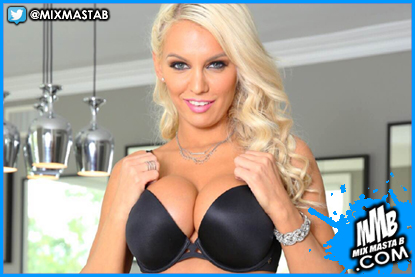 Cutie Kenzie Taylor is excited to announce this week that she has officially signed an exclusive interracial contract with studio ArchAngel, currently one of the top production companies within the adult industry.

"I'm so excited and proud to say I am now part of the ArchAngel family! It's a great feeling to be asked to be part of something so big. I'm honored that my hard work has been recognized. This makes me really believe in the saying is "good things come to those who wait". said Kenzie. "I owe a lot of thanks to my manager/agent Randy Quintana, he has believed in me since day one of me being in the industry, I would have gave up about 5 months into my career but he is the one person who really pep talked me and pushed me, now I'm here! I love ArchAngel they are passionate about their company and the work that they put out there for all the fans to enjoy. You can really tell this if you've ever watched even just one scene they have filmed or by how they treat their fans "The Freaky Crew"! So many great things are coming from this opportunity I cannot wait for you all to see!"

"ArchAngel has been watching Kenzie since day one,” said ArchAngel General Manager and Lead Director, MimeFreak. “It’s an honor to have her join the ArchAngel family. We plan to put her in a lot of our upcoming movies that are fan favorites. Kenzie will get the stage that she’s earned…watch her shine."


Kendra Lust, owner of Society 15 added, "After meeting Kenzie for the first time, I knew she was capable of great things. This is just the first of many. I am so proud of her, and very happy to be representing her."

Kenzie will be on Sapphire’s Earplay tonight, Tuesday, March 15th at 8 pm PT. Hosted by Sapphire, the show is part of The Misfits Network and fans can watch live via Periscope.TV/MsRadioSapphire or listen by visitinghttp://www.themisfitsnetwork.com/. Hear Kenzie discuss her new ArchAngel contract, as well as love of oral sex.

Fans can continue their #KenzieFrenzy by following her on social media via Twitter, Instagram, or on Snapchat, kenzietaylorxxx. Make sure to show your love for Kenzie by rating her on Freeones, and sending her a token from her Wish List!