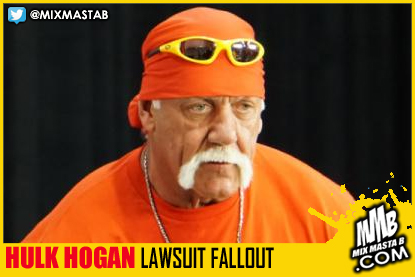 Gawker's motion to dismiss Hulk Hogan's lawsuit on the grounds of fraud on the court was, perhaps unsurprisingly, denied by Judge Pamela Campbell in Pinellas County Court this past Wednesday. It was one of several topics covered during a marathon hearing (about five and a half hours plus breaks) that mostly went Hogan's way. Early on, a lawyer for the media companies who filed intervening motions in the case chimed in with her concerns about recent briefs filed in the case being sealed (as alluded to in recent issues). Judge Campbell made the call to completely unseal Gawker's motion to compel improperly withheld documents and release a redacted version of Gawker's motion to dismiss on grounds of fraud on the court.


In the motion to dismiss, the redactions are largely wholesale, blacking out entire sections instead of going line by line. This means that while we don't still have the whole picture, there wasn't really anything that lacked context. During the portion of the hearing about that motion there were numerous long discussions with the judge to cover the sealed items, and at one point, they were said to primarily concern the events of autumn 2012. That likely refers to the FBI documents, which isn't exactly a surprise. Everything was framed in the contexts we had anticipated, which is that Hogan misled the court (and Gawker) about a number of things, including the authenticity of his racist comments. Gawker also tried to argue that what this proved was that Hogan's emotional distress was over the racist comments potentially being released and not people seeing him having sex or the fallout thereof.
So, what was their (public) evidence?
Current subscribers click here to continue reading.
Click here for the PDF.
Click here for the EPub.
CREDIT // SOURCE - www.f4wonline.com
Posted by Mix Masta B at Monday, January 18, 2016