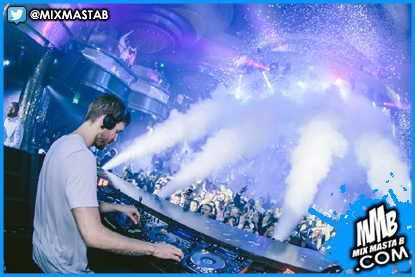 Here. We. Go.
Music fans rejoiced Monday night when Coachella organizers revealed the complete lineup for this year's festival.
With little to no warning, fans quickly learned that Guns N' Roses will reunite and headline Saturday night. But perhaps what has fans buzzing the most is the future dance party coming once Calvin Harris performs Sunday evening.


Taylor Swift 's boyfriend will headline closing night and bring his biggest hits including "I Need Your Love," "Pray to God," and "Summer" to the desert stage. As a matter of fact, he's the first EDM artist to headline the festival.
And contrary to speculation that the festival could be moved to New York City, the world-famous event will remain in Indio, Calif.

So who else can fans expect this year? To our surprise, there is kind of something for everyone this time around. Ellie Goulding, Zedd, Disclosure, A$AP Rocky, Ice Cube, Sia and The 1975 are just some of the famous names set to perform this April in front of thousands of concertgoers.
And while music is the main attraction, there will also be plenty of star-studded parties and large-scale art installations from a variety of artists.
For those who missed out on last year's event, there were more than a few OMG moments both on and off stage. For starters, Madonna planted a massive kiss onDrake's mouth midway through his performance.
Exes Bradley Cooper and Suki Waterhouse reunited, Real Housewives of Beverly Hills star Kyle Richards somehow got a picture with Beyoncé and feud rumors erupted between Amber Rose and Kendall Jenner. For the record, the model said any clash "just never happened."
What will 2016 bring? We'd be lying if we said we weren't counting down for this April!