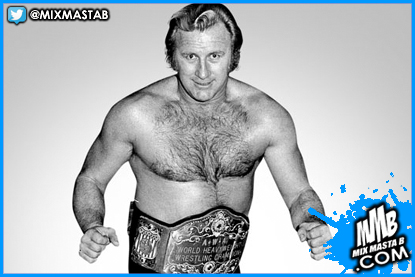 The wrestling world is saddened to learn that Nick Bockwinkel, a WWE Hall of Famer and four time AWA World Heavyweight Champion, has passed away at age 80.
Bockwinkel, known for his great in-ring skill and intelligent interviews, began his sports-entertainment career in the mid-1950s after concluding his time on the University of Oklahoma football team. Bockwinkel was trained by his famous father, Warren Bockwinkel, and wrestling legend Lou Thesz. Nick teamed with his father on many occasions, competing in Georgia, Texas and the Pacific Northwest before moving onto where he would find the most success: the American Wrestling Association.


Bockwinkel was famously managed by WWE Hall of Famer Bobby "The Brain" Heenan during his AWA tenure, with the two drawing the ire of crowds everywhere. The self-proclaimed "Smartest Wrestler Alive" was the promotion’s greatest villain, a positioned he cemented when he defeated fellow WWE Hall of Famer and AWA hero Verne Gagne to win the AWA World Heavyweight Championship, ending Gagne's historic seven-year run with the title.
Bockwinkel would go on to accumulate many more accolades as his career went on. From his nationally televised rivalry with Larry Zbyszko on ESPN to guest starring on "Hawaii Five-O," the legend truly did it all. It was only fitting that his great career be capped off by his 2007 induction into the WWE Hall of Fame, where he will forever be enshrined as one of sports entertainments' all-time greats.
Posted by Mix Masta B at Sunday, November 15, 2015