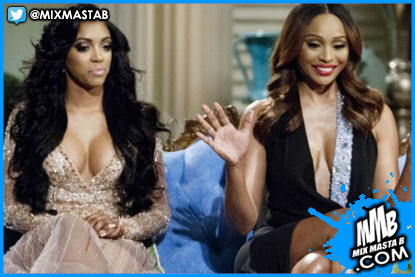 The "Real Housewives of Atlanta" star declined to press charges after a physical altercation involving Cynthia Bailey, E! News reports. The women are filming season eight of the show.

According to TMZ, a heated discussion turned into an argument when Williams began to call Bailey a “b****,” Bailey tried to get out of the argument by walking to the other side of the boat, but Williams followed.
After Williams got in Bailey’s face, Bailey reacted in self-defense and allegedly kicked Williams in the stomach. Williams was restrained by producers before she could react in kind.
The whole fight was caught on camera, and Williams is said to have been taken to the hospital and given pain medication for her injuries.
Posted by Mix Masta B at Wednesday, September 02, 2015