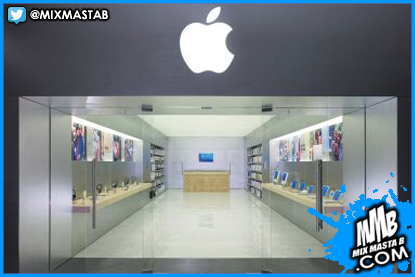 Apple is in talks to launch a mobile virtual network operator (MVNO) service in the US and Europe, Business Insider has learned.
Sources close to Apple say that the company is privately trialling an MVNO service in the US, but is also currently in talks with telecoms companies in Europe about bringing the service there too.


An MVNO is a virtual carrier network which sees technology companies lease space from established carriers and sell it on to customers directly.
Here's how an Apple MVNO will work: Instead of paying your carrier every month, you'll pay Apple directly for data, calls, and texts. Apple then provides you with everything you used to get from your carrier, but the Apple SIM switches between carriers to get the best service. The telecom companies auction capacity to Apple so that it can run the service.
If Apple is testing the service then there's no guarantee that it will launch, and if it does, it's not going to roll out anytime soon. Telecoms sources say that Apple is looking long-term with its MVNO, and could take at least five years to fully launch the service. Apple has been in talks with telecoms companies for years over its MVNO plans, and it's an "open secret" amongst carriers that a virtual Apple network is on the way.
Earlier today Business Insider reported that Apple is currently testing a service called iCloud Voicemailwhich will automatically transcribe voicemail messages using Siri.
It makes sense that Apple wants to take control of voicemail before it launches an MVNO. Right now, your voicemails are stored with your carrier. Once Apple is taking money from customers for data and calls, customers won't have direct relationships with carriers. Once Apple launches iCloud Voicemail, you won't have that problem, and will be free to sign up to Apple's MVNO.
There have been rumors about an Apple MVNO for years. TechCrunch reports that Apple filed a patent back in 2006 for an MVNO service. It has since filed to extend that patent.
Apple has already signaled its intent to become the gateway to carriers when it launched the Apple SIM in 2014. It allowed customers to switch between networks through their device using a SIM card that could connect to lots of different carriers. Right now it's only available for the iPad Air 2 and iPad mini 3, but future versions of the SIM card could be used to launch an Apple MVNO for iPhones.
Google is already testing its very own MVNO. Project Fi is only available for the Nexus 6 smartphone in the US, but it is a signal that the tech company sees an MVNO as a potential area for expansion in the future.
But not every MVNO is successful, however. Gigaom pointed out back in 2012 that both Disney and ESPN both tried to launch their own MVNO services, but later had to shut them down.
We reached out to Apple for comment on this story and will update if we hear back.
CREDIT / SOURCE - James Cook / Business Insider
Posted by Mix Masta B at Monday, August 03, 2015