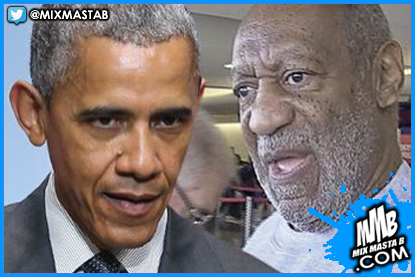 President Obama was just asked about the allegations surrounding Bill Cosby -- and without directly calling him a rapist, came awfully close.


"And I think this country, any civilized country, should have no tolerance for rape."
Obama was asked if he would revoke Cosby's Presidential Medal of Freedom -- which he received in 2002 -- Obama said there was no precedent for that ... adding, "We don't have a mechanism."
The comment insinuates the White House has at least looked into the matter.
Obama said as a policy, he doesn't like to comment about specifics regarding cases where there might still be criminal or civil issues involved.