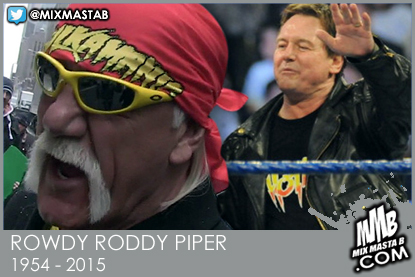 Hulk Hogan tells TMZ Sports ... he's devastated over the news of his friend Roddy Piper -- saying, "I will forever miss him."
"He was my best friend. He is a legend."
Hogan adds, "God's gain is our loss. May his family in this time of need, find peace. Much love forever, HH."


Hogan and Piper were the two of the biggest stars in wrestling back in the '80s -- and famously did battle at "Wrestlemania I" in 1985.
But outside the ring, they were tight -- and remained friends for decades.
The Iron Sheik has also issued a statement ... saying, "Roddy Piper. I love you forever. God bless you bubba."
WWE legend Virgil -- "My main man. Always had my back. RIP #RoddyPiper."
Kevin Nash -- "RIP to Roddy Piper. Prayers to his family and loved ones."
Bill Goldberg --- "#RIP #RoddyPiper ........damn sure one of the good guys. Gonna miss ya buddy"
Jim Ross -- "Rest in peace, Roddy Piper. You will live in our hearts forever"
UFC's Dana White -- "Sad day. RIP Rowdy Roddy Piper."
John Cena -- "One of the true greats of all time. My heart goes out to his family and the fans he entertained over the years. RIP Rowdy."