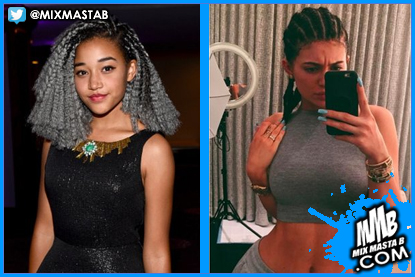 Amandla Stenberg has schooled everyone in the past about the unfortunate reality of cultural appropriation -- but it appears Kylie Jenner needed
a personal reminder.

On Saturday, Jenner -- who has been busy promoting her new wig line -- posted a picture to Instagram that showed the teen reality star in a crop top with her hair braided in cornrows. The caption read, “I woke up like disss.” 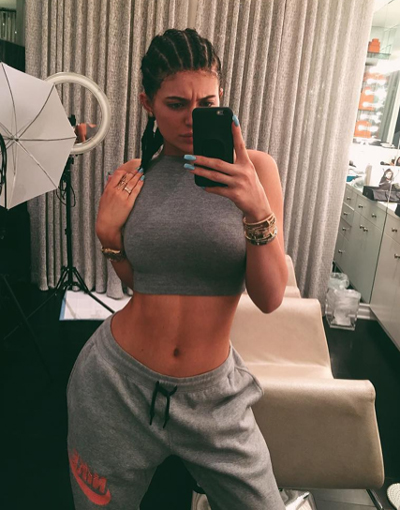 The photo has since amassed more than 1 million likes -- but don’t count Stenberg among the fans. Instead, the 16-year-old Hunger Games star called Jenner out by leaving a comment below the picture that blasted the reality star for appropriating black culture to her benefit.

"When u appropriate black features and culture but fail to use ur position of power to help black Americans by directing attention towards ur wigs instead of police brutality or racism #whitegirlsdoitbetter,” Stenberg wrote, according to screenshots of her comments that were captured and shared online. (In the comment, Stenberg tagged Instagram user @novemberskyys, though it's unclear why she did so. Stenberg's publicist was not immediately available to clarify the context of the remark.)

Jenner brushed off Stenberg's criticism and responded moments later in a way that suggests she missed the point entirely.

“Mad if I don’t. Mad if I do.. Go hang w Jaden or something,” Jenner reportedly wrote back, referring to Jaden Smith, who was Stenberg’s prom date this year.

Jenner has been criticized for appropriating blackness before. Earlier this year, she was accused of wearing blackface in an Instagram photo she posted. The picture showed Jenner posing with much darker skin than usual above a caption that read, "What I wish I looked like all the time thank you."

Amid backlash, Jenner promptly deleted that photo altogether, only to upload another one from the same photo shoot soon after. The second photo addressed the earlier criticisms in its caption.

"This is a black light and neon lights people lets all calm down," Jenner wrote.
As Stenberg's criticism suggests, however, "calm down” is a tough order when a privileged and famous young white girl like Jenner parades around in cornrows and darkened skin without fully understanding that these features have been borrowed from black culture or that her actions have ramifications.

A more important takeaway comes from Stenberg herself, who posted a video in April that reminded us all about cultural appropriation and what happens when white celebrities adopt blackness but fail to speak about the dangerous reality that comes with identifying as black.

“Appropriation occurs when a style leads to racist generalizations or stereotypes where it originated but is deemed as high-fashion, cool or funny when the privileged take it for themselves,” she said in a video entitled “Don’t Cash Crop My Cornrows.”
Before she signed off, Stenberg left viewers -- and, hopefully, now Jenner too -- to think about one crucial question:

“What would America be like if we loved black people as much as we love black culture?”