Cocaine Is A Helluva Drug! Former Multi Millionaire Producer Scott Storch Files For Bankruptcy Claiming To Have HOW Many Dollars To His Name? 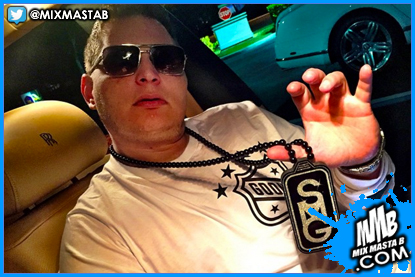 Boy-oh-Boy …. any drug that costs you millions, is one helluva drug. Scott Storch, the one-time millionaire and super producer for artists like Beyoncé, Justin Timberlake, Lil Wayne and many more has filed for bankruptcy with ONLY one-hundred dollars cash to his name.
At one point, Storch had $70 million in the bank, now he doesn’t even have a bank account, holding on the the $100 he has left. In his bankruptcy documents, he claimed his assets total $3,600.

BREAKDOWN
$100 – Cash$500 – Clothes$3,000 – Watch
Time to sell your watch, bruh.
How did he go from being Scott Storch, the music producer to Scott, the struggling artist of the past? Well, apparently, he was blowing money fast as he spent $30 million over a span of six months … on COCAINE. Shiiiiiiiiiiiiiiiiiiiiiiit!
While he’s down, the guy is not out. Scott Storch has only $100 to his name, but he admits to making $10,000 last year. And, reports state that he’s been working with Fat Joe and Rick Ross … argument not really proven with those names.