WWE Hall of Famer Dusty Rhodes Has Passed Away #MMBWWE 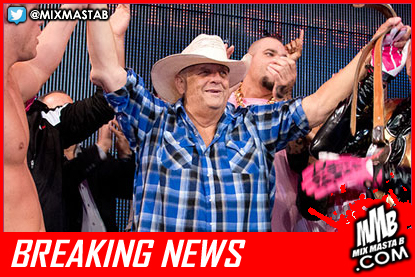 WWE and the wrestling fans around the world are deeply saddened that Virgil Runnels, aka “The American Dream” Dusty Rhodes — WWE Hall of Famer, three-time NWA Champion and one of the most captivating and charismatic figures in sports entertainment history — passed away today at the age of 69.
Runnels became a hero to fans around the world thanks to his work ethic, his impassioned interviews and his indomitable spirit. Moreover, Runnels was a dedicated father to WWE Superstars Goldust (Dustin Runnels) and Stardust (Cody Runnels), a caring husband and a creative visionary who helped shape the landscape of WWE long after his in-ring career had ended.
WWE extends its sincerest condolences to Runnels’ family, friends and colleagues.
Posted by Mix Masta B at Sunday, June 14, 2015