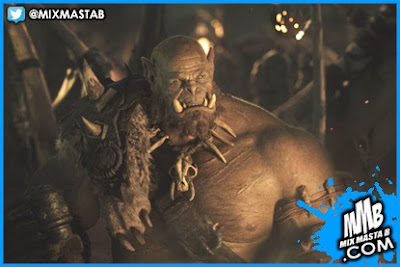 LADIES, MEET ORGRIM. He’s brave, he works out, he still has most of his teeth, two of them are terrifyingly enormous, and he’s about to be a huge movie star. By day he’s a warchief, but by night he’s…well, by night he’s actor Robert Kazinsky. For an orc, he’s actually pretty human.


“We were looking for someone who would be able to perform the gruffness, the humor, and the toughness of this character,” says director Duncan Jones, who found his match when he cast Kazinsky as Orgrim in his movieWarcraft. (Other people saw the same thing, apparently; Kazinsky will be playing an updated version of Frankenstein’s monster in an upcoming TV pilot for Fox.)
Orgrim’s likeness comes from the masterminds at Industrial Light and Magic, who took concept art from Blizzard Entertainment—creators of the massiveWorld of Warcraft videogame franchise on which Jones’ film is based—and merged it with photographs and scans of Kazinsky to create the orc.
When they’re done, sometime before next summer, they will likely have created the most life-like CGI orc audiences have ever seen—this is, after all, the team that managed to make Hulk look sad in Avengers: Age of Ultron. “We’ve gone beyond the point where these are just creatures in movies,” Jones says. “We now have the technology and the ability to make new characters entirely.”
Warcraft hits theaters June 10, 2016.
CREDIT / SOURCE -
ANGELA WATERCUTTER / WIRED.COM