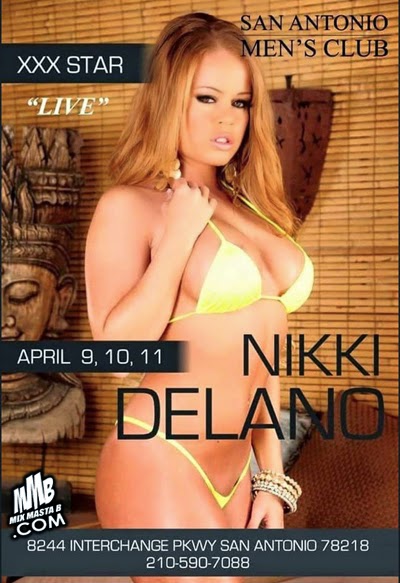 
“I want to pack out the entire club,” says Nikki Delano. “Make sure you get there early and get a seat upfront, so you won’t miss a second of the action. I love my Southern fans!”

If you aren’t in the San Antonio area, you can still spend the weekend with Nikki. She’s featured in the May issue of Club Magazine as one of the Top Latinas in Adult and came in at Number 8. Pick up Club on newsstands or adult stores, or subscribe athttp://www.magsn.com/club-p-2031.html.


Nikki is available for adult work through The VIP Connect. To book her, contact Shy Loveat info@thevipconnect.com or 702.462.8755.


To interview Nikki Delano for your site or publication or book her for mainstream projects, contact Erika Icon of The Rub PR at erika@therubpr.com.
Posted by Mix Masta B at Thursday, April 09, 2015