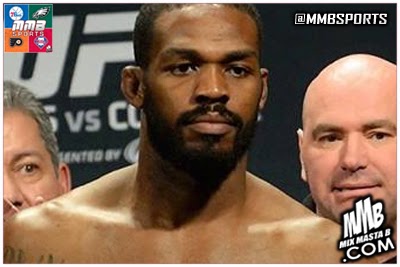 The UFC stripped light heavyweight champion Jon Jones of his title and issued him an indefinite suspension Tuesday. Those actions came as a result of the fighter's arrest on a "felony charge of leaving the scene of an accident involving death or personal injuries," per Marc Raimondi of MMAFighting.com.


The UFC released a statement on its decision, via its official website:UFC announced that it has suspended Jon Jones indefinitely and stripped him of the light heavyweight title as a result of violations of the organization’s Athlete Code of Conduct Policy. Jones was recently arrested in Albuquerque, N.M. on a felony charge of leaving the scene of an accident involving personal injury. As a result of the charge and other violations of the Athlete Code of Conduct Policy, the organization believes it is best to allow Jones time to focus on his pending legal matters. ...

With this decision, UFC has determined that No. 1 contender Anthony Johnson will now fight No. 3 contender Daniel Cormier for the UFC light heavyweight championship at UFC 187 on May 23 in Las Vegas.


SportsCenter noted that Jones is the first UFC champion to have his title revoked for disciplinary reasons.


Raimondi delved into numerous details on the arrest. Jones allegedly ran a red light when driving Sunday, struck another car and fled the scene on foot. A pregnant woman was behind the wheel of that other vehicle and broke her arm in the crash. There was also a marijuana pipe and marijuana in the rental car Jones allegedly fled.