WWE Hall of Famer Verne Gagne Passes Away At 89 #MMBWWE 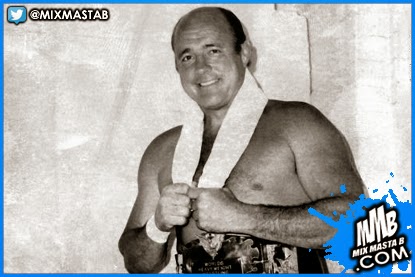 WWE is saddened to learn that Verne Gagne, one of sports-entertainment’s most celebrated performers and promoters, has passed away at the age of 89.


Growing up in Robbinsdale, Minn., Gagne was a three sport athlete in high school. While he also played baseball and football, his true skill was in wrestling, where he won multiple state championships. He then went on to the University of Minnesota, where he continued to play football and wrestle. He left after one year to join the Marines at the end of World War II, but returned to finish his college career a few years later. When his amateur wrestling career was over, Gagne had four Big Ten Wrestling Championships, two NCAA Wrestling Championships, the 1949 AAU Wrestling Championship and a slot on the 1948 United States Olympic team on his resume.
Gagne debuted as a pro in 1950 and won several regional championships throughout the 1950s before heading to the newly formed American Wrestling Association in 1960. In August 1960, he was awarded his first AWA World Heavyweight Championship when the first recognized champion, then-NWA World Heavyweight Champion Pat O'Connor, failed to defend the championship against Gagne.
In the 1960s and 1970s, Verne became both a wrestler and a promoter, eventually becoming the sole owner of the AWA. He remained an active competitor until the early 1980s, holding the AWA World Heavyweight Championship 10 times between 1960 and 1981. Although Gagne officially retired in 1981, he would later wrestle in several special matches while still maintaining ownership of the AWA.
During the AWA's existence, it was the breeding ground for several other future WWE Superstars, including Hulk Hogan, Jesse "The Body" Ventura, Bobby "The Brain" Heenan, Pat Patterson, The Legion of Doom Hawk and Animal, Shawn Michaels & Marty Jannetty, “Mr. Perfect” Curt Hennig, Scott Hall, "Mean" Gene Okerlund ,"Sensational" Sherri Martel. Jerry "The King" Lawler, Larry Zbyszko, Sgt. Slaughter and numerous other legends also wrestled in Gagne's AWA, and Verne's son Greg also had a lengthy and successful career there as well. In addition, Gagne had a hand in training several future Superstars, including Ric Flair, Ken Patera, Bob Backlund, The Iron Sheik and Ricky “The Dragon” Steamboat. On April 1, 2006, Verne Gagne was inducted into the WWE Hall of Fame.
WWE extends its condolences to Gagne’s colleagues, friends and family.
CREDIT / SOURCE - WWE / WWE.COM
Posted by Mix Masta B at Tuesday, April 28, 2015