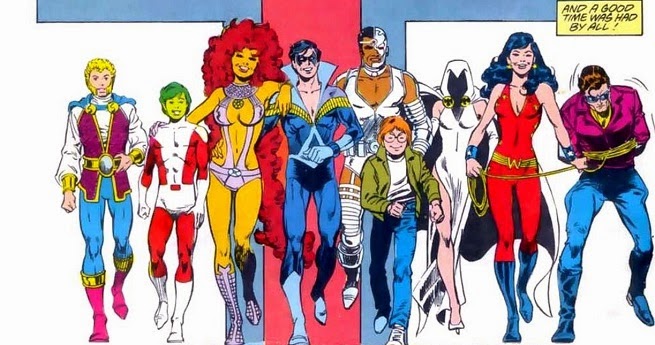 A leaked script from TNT’s Titans series has potentially revealed the lineup for the DC Comics television adaptation of the Teen Titans franchise.


Heading the team, unsurprisingly, will be Dick Grayson. According to the pilot’s script, Dick will begin the series as Robin following a recent split with Batman, but will eventually grow into the mantle of Nightwing as he did in the comics. Dick will set up the Titans’ shop in Boston, which is a departure from the Titans’ New York City roots.
Joining Dick from Gotham City will be Barbara Gordon. In this version, Barbara will be Oracle in everything but the name. According to Nerdist’s report on the script, Barbara will be in a wheel-chair and operate as the Titan’s information source, but she will not officially go by the Oracle moniker. This will be Barbara’s first time as a member of the Titans in any medium.
Next are Raven and Starfire, who have been anchoring member of the Titans since Marv Wolfman’s and George Perez’s New Teen Titans series. According to the script, Raven will carry the Rachel Roth alter-ego that Geoff Johns introduced during his run on the Teen Titans. The script didn’t provide any illuminating details on Starfire, other than that she wouldn’t appear until the Pilot’s finale.
Finally, Hawk and Dove will round out the Titans’ initial roster. Hawk will be Hank Hall and Dove will be Dawn Granger, the post-Crisis on Infinite Earths version. The report says that Hawk and Dove will be romantically involved with one another, as they were in the comics series.
Missing from the roster were other Titans stalwarts Beast Boy and Cyborg. While it's possible that they could join the series eventually, according to the report, their inclusion remains uncertain at this point. Beast Boy seems like an eventual possibility, but it's likely that Cyborg will remain off the table. Warner Bros. probably won't want contrasting versions between a television Cyborg and the big screen version that will appear in Zack Snyder'sJustice League and solo Cyborg film.
CREDIT / SOURCE - Comicbook.com
Posted by Mix Masta B at Monday, February 02, 2015