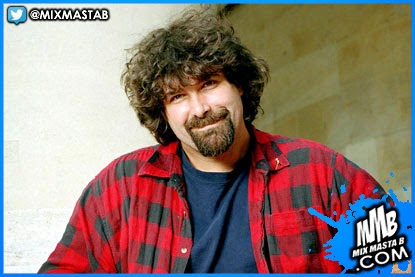 Former WWE wrestler Mick Foley is trying his hand at a different type of grueling physical exercise. Angelo Cataldi announced that Foley will participate in this year's Wing Bowl 23, the annual chicken wing-eating bacchanalia hosted by 94.1 WIP every year on the Friday before the Super Bowl. Foley will also appear at the after party at Sugar House.

Foley is no competitive eating amateur. He's competed in Santa Claus, Ind.'s fruitcake competition, where he has had to down a pound of the holiday classic, twice. But on air this morning he admitted he was not the favorite to take down the cluckers. "Perhaps I will even wear black converse and my Rocky robe signed by [Sylvester] Stallone for this endeavor,” Foley said. “They’ve [Philadelphia fans have] always accepted me with open arms and win, lose, or draw, they know that I’m not going down without a fight.”

Foley recently starred in and produced the documentary "I Am Santa Claus," directed by South Jersey's own Tommy Avallone and executive produced by WIP's program director Spike Eskin.

The Wing Bowl takes place Jan. 30 at the Wells Fargo Center. Tickets are available at wingbowl23.com/tickets.