How Lesnar Might Get Big Money from WWE, Lesnar Dropping Size?, More #MMBWWE 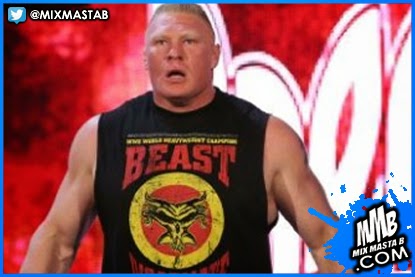 Regarding Brock Lesnar’s future after his current WWE deal expires the night after WrestleMania 31, it’s said that it is not definite at all that Lesnar will not re-sign with WWE.


However, the thought process is that UFC may have the best shot at signing Lesnar because WWE may not be in a financial position to offer Lesnar a similar deal to what he’s been signed to for the past three years. Lesnar also may use the interest from UFC and Bellator just to get a better offer from WWE.

It’s worth noting that Lesnar appeared to be considerably smaller on RAW this week than he was when he returned in August and September. Lesnar would want to be around 285 pounds or smaller if he’s going to start training for the Octagon again. If Lesnar does return to MMA, he would be almost 38 years old and away from the sport for four years.