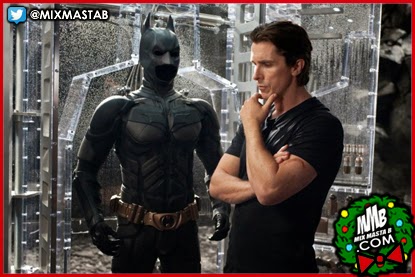 Here’s an article I never thought I’d be writing! While doing for The Dark Knight Rises, Christian Bale seemed content with hanging up his cape and cowl. Now just a few years later, Bale admits that he contemplated returning as the Dark Knight and is even a little jealous that Ben Affleck is Batman.


Bale’s comment come from the latest issue of Empire Magazine (via Comic Book Movie). Here’s what he had to say about Ben Affleck being cast as Batman:

“I’ve got to admit initially, even though I felt that it was the right time to stop, there was always a bit of me going, ‘Oh go on… Let’s do another.’ So when I heard there was someone else doing it, there was a moment where I just stopped and stared into nothing for half an hour.”

“But I’m 40. The fact that I’m jealous of someone else playing Batman…I think I should have gotten over it by now. I haven’t spoken with Ben, but I emailed him offering bits of advice that I learned the hard way. I would imagine he is doing everything he can to avoid anything that I did.”

Bale’s advice to Affleck was to make sure he could “take a piss” without needing someone to help him while wearing the Batsuit.
It’s no secret that Warner Bros. tried to get Christopher Nolan to produce Batman v Superman: Dawn of Justice and Justice League, and there were even rumors that they tried to get Christian Bale back as Batman before casting Ben Affleck.
Would you have liked to see Christian Bale get his wish and be Batman again, or are you excited to see a new take on the character? Let me know in the comments below.
CREDIT / SOURCE - CHRIS BEGLEY / Batmannews.com
Posted by Mix Masta B at Thursday, December 18, 2014