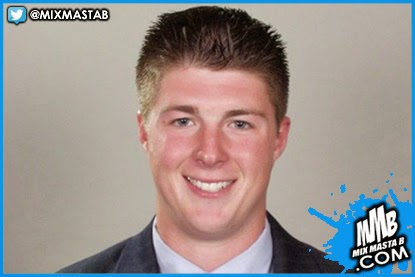 Corey Griffin, one of the pioneers who helped get the viral ALS Ice Bucket Challenge off the ground, died at the young age of 27 this past weekend after a diving accident.


On Friday night, Griffin was in Nantucket Island for an ALS fundraiser where he helped raise $100,000 for his friend Pete Frates, who suffers from ALS and helped the recent fundraising campaign go viral.
At 2 a.m. in the morning on Saturday, Griffin dived off a building at Straight Wharf into the water and soon drowned. According to the police report, after jumping, Griffin "floated to the surface" but his body "then went under water again not resurfacing."
PHOTOS: 2014's fallen stars
An off-duty lifeguard rushed to save Griffin and recovered his body from the water. Officers did CPR before Griffin was taken to a local hospital. He was pronounced dead at 3 a.m. that morning.
While Griffin didn't have a direct relationship with the ALS Association, the ALSA said in a statement regarding his passing, "This is a terrible tragedy and our hearts go out to the Griffin and Frates families. We commend Corey for his exemplary efforts for raising awareness and funding to fight ALS."
CREDIT / SOURCE - Claudia Rosenbaum / E! Online
Posted by Mix Masta B at Monday, August 18, 2014