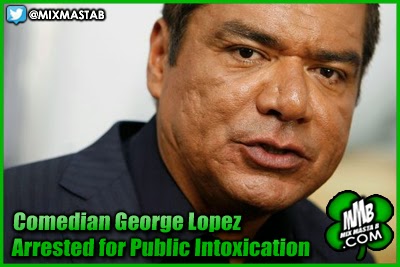 The 53-year-old funny man was booked for public intoxication after being found on the floor of a casino, but he won’t be charged.

Caesars Windsor reportedly alerted the police to the situation, who came and assessed, and subsequently, made the arrest.

George was scheduled to perform at the casino that night, and is also on the bill to perform tonight. George has been released from jail and will take the stage later in the day.
Posted by Mix Masta B at Saturday, March 01, 2014