Dustin Diamond, Actor on ‘Saved by the Bell,’ Dies at 44 #MMBPop 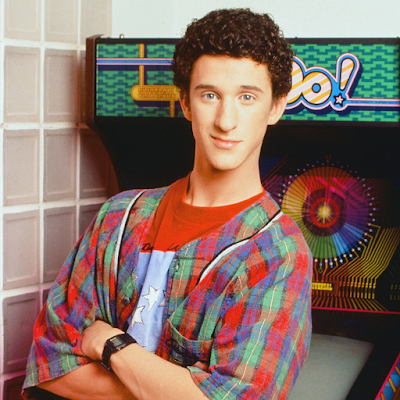 Dustin Diamond, the former child actor who found fame on the enduring NBC Saturday morning sitcom “Saved by the Bell” but struggled to find work in later years, died on Monday in Florida. He was 44.

The cause of death was small-cell carcinoma, according to Mr. Diamond’s father, Mark Diamond, who said that his son died while being transferred from a hospital to hospice care.

After Mr. Diamond went “through some medical testing,” in January, his representatives said in a statement that he had cancer.

From 1989 to 1992, Mr. Diamond played Samuel “Screech” Powers on “Saved by the Bell,” which developed a cult following among millennials and members of Generation X and grew into an internet obsession for some fans.

The show followed the day-to-day adventures of a group of loudly dressed friends at the fictional Bayside High School in California.

Saturday morning viewers watched Mr. Diamond grow up on the show as he played Screech, the sweet-natured, geeky underdog and the dunce among his friends. An ongoing plotline was the character’s unrequited crush on Lisa Turtle, who was played by Lark Voorhies.

Screech was also the comedic sidekick to Zack Morris, the popular student who was played Mark-Paul Gosselaar. The show’s cast also included Mario Lopez as Slater, Elizabeth Berkley as Jessie and Tiffani Thiessen as Kelly, who rounded out the circle of friends.

The show also starred Dennis Haskins as the school principal who mentored and disciplined the group. Mr. Diamond appeared in all 86 episodes.

Memorable plot lines included a caffeine pill addiction by Ms. Berkley’s character, the friends competing in a dance competition hosted by the radio disc jockey Casey Kasem and when “Screech” is asked to make fake IDs so the guys could go to a club.

Mr. Diamond was born on Jan. 7, 1977, in San Jose, Calif., according to IMDB.com, and he said he began acting when he was 8. He also appeared in other series, including “The Wonder Years.”

He originated the role of Screech in 1988 when he was cast in “Good Morning, Miss Bliss,” the Disney Channel series that was the forerunner to “Saved by the Bell” and introduced many of its characters.

After the series ended, Mr. Diamond became known for his post-stardom troubles, and spoke openly about his struggles finding work.

“The hardest thing about being a child star is giving up your childhood,” Mr. Diamond said in 2013 on “Oprah: Where Are They Now?” While he was working on “Saved by the Bell,” he said, he feared being replaced, saying, “You don’t get a childhood, really.”

After the series ended, he said: “I didn’t really know what I was going to do. It was hard to get work that wasn’t Screech-cloned stuff.”

He added: “I had been working for the last 10 years, every single week, and I felt lost. As I mature I realize, wow, I was kind of going through my rebellious teens in my 20s.”

Seeking a payout in the mid-2000s, Mr. Diamond found tabloid fame with the release of a sex tape that he later spoke of with regret.

“The sex tape is the thing that I’m most embarrassed about,” Mr. Diamond said on Ms. Winfrey’s documentary show. Although he made some money from the tape, he said, “it wasn’t worth what the fallout was.”

In 2009, he released a tell-all book called “Behind the Bell” that claimed that members of the show’s cast were using drugs and having sex. Years later, Mr. Diamond expressed regret about the book as well, saying it was written by a ghostwriter.

“The book was another disappointment of mine,” he said in Ms. Winfrey’s documentary. “I was a first-time author, so they had a ghostwriter. I talked to a guy a few times, so the book has some truth in it, and a lot of the stories were just kind of throwaways.”

Mr. Diamond’s problems also extended to court. In 2015, he was accused of stabbing a man during a fight in a Wisconsin bar. Mr. Diamond said he had pulled a knife to defend himself; he was convicted on two misdemeanors, sentenced to four months in jail and ordered to pay more than $1,000 to the man who was stabbed.

In a 2016 interview on “Extra,” Mr. Diamond told Mr. Lopez that were he to meet his other former “Saved by the Bell” castmates, he would “ask for forgiveness for any kind of misunderstandings that may have come about by the book.” He said he had not seen some of his co-stars for decades.

Mr. Diamond was repeatedly omitted from reunions. In 2015, he was left out of a skit that reunited the cast on “The Tonight Show,” and in 2020, when “Saved by the Bell” was rebooted on NBC’s Peacock streaming service, Mr. Diamond was not part of the new series.

There were no other immediate survivors besides Mr. Diamond’s father.