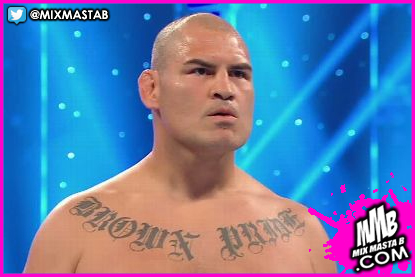 One of the greatest MMA heavyweights of all time is now a full-time professional wrestler.

Cain Velasquez, the former two-time UFC heavyweight champion, has signed a lucrative, multiyear deal with WWE and has also notified the UFC of his retirement, sources told ESPN on Friday.

Velasquez has been removed from the UFC's USADA drug-testing pool and the UFC heavyweight rankings.

The UFC did not immediately return a request for comment.

WWE is expected to make the announcement about Velasquez's future at a news conference at T-Mobile Arena on Friday. Tyson Fury, boxing's lineal heavyweight champion, will also be at the news conference for a potential future WWE match.

In 2010, Velasquez defeated Lesnar by knockout to win the UFC heavyweight title. At the time of that show, Velasquez told ESPN he was in advanced talks with WWE.

Velasquez had two pro wrestling matches for Mexico's Lucha Libre AAA promotion in August and September. He was impressive in those performances and drew interest from WWE, upstart AEW and New Japan Pro-Wrestling.

Velasquez joins the likes of Lesnar and Ronda Rousey as former UFC champions to have joined the WWE roster. The two promotions have long had talent bounce back and forth, going back to the early UFC days when Ken Shamrock and Dan Severn were stars in both.

Velasquez (14-3) won the UFC heavyweight belt in 2010 and then again in 2012. He owns victories over the likes of Junior dos Santos (twice), Antonio Rodrigo Nogueira and Lesnar, but injuries to his knees, back and shoulders marred his run atop the division.

He has fought just three times since 2013. He dropped the heavyweight title to Fabricio Werdum in 2015 and rebounded to beat Travis Browne at UFC 200 in 2016.

Velasquez, with a provision that he could also perform in pro wrestling, returned to the UFC earlier this year against Francis Ngannou and lost by knockout.

"This is definitely my focus," Velasquez said of pro wrestling last week. "My family is into it. They love it. They're super excited. I haven't seen them excited over something like this in a while. It's cool."