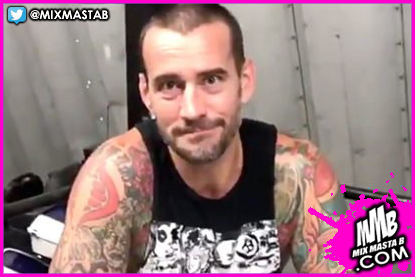 The rumors continue on CM Punk returning to work for or with WWE once again.

Regarding Punk talk within WWE, one source noted to @Wrestlevotes that "probably not now, but eventually" we will see the former WWE Champion back in action for the company. It was noted that if and when it happens, it would be "super quiet" before made public.

As we've noted, Punk recently tried out for the WWE Backstage show on FS1, and the audition reportedly went well. Punk would be working for FOX if he did get the gig, and not WWE. However, it's believed that a ring return would almost have to happen if Punk agreed to work the weekly studio talk show on FS1.

Punk somewhat downplayed the reports earlier today while appearing on The Kevin & Bean Show in Los Angeles, as we noted at this link. Punk joked about the FS1 show and said, "You mean to tell me you'd watch a show where I talk about wrestling?"
Stay tuned for updates on a possible pro wrestling future for Punk.