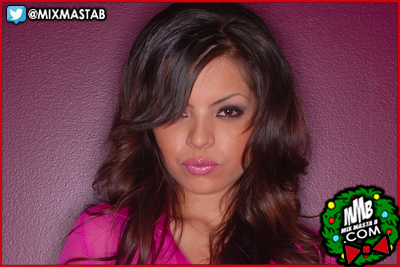 Beltran, 31, was found dead in her home on December 13. The night before, she got into a fight with her boyfriend, whose name Melillo didn't know. But relationship problems constantly plagued the adult star, he said.


“It’s very difficult for girls in the adult business to find men who are willing to accept them,” Melillo explained. “That’s why she took drugs here and there.”

Melillo, a photographer who goes by the name Nickey Milo, met Beltran in 2004 when he was 18 years old. Together, they produced more than 250 videos together.


He emphasized multiple times that Beltran wasn’t addicted to drugs or struggling with depression, but occasionally took pills, smoked pot or did cocaine when she was upset. That kind of actiivty wasn’t anything out of the ordinary for the type of life she lived.

Authorities didn’t immediately know what drugs Beltran took. But Melillo thought it could have been Norco or fentanyl. “Supposedly there was one or two pills left over,” he said. “She died in her sleep… It was just that one too many. A lot of people accidentally die.” That, Melillo, added, was the tragic case with Beltran.

Relationship issues weren’t the only things to haunt Beltran. Apparently, she owed money to the government and her paychecks from the adult industry were being garnished. After her last job, she tried to avoid the government by having her money sent to someone else through a wire transfer, but she never received the payment for her work, Melillo said.
Beltran’s death was nothing short of tragic, her friend said.

The actress wanted to leave the adult video world behind, and help her friend, Yoko Senesac, with an animal rescue business.

“She was going to turn her life around and help Yoko full time with the rescue business,” Melillo said. “Yurizan was determined not to get into crazy stuff in the business—not get involved in a life in the business and live a life on the outside. In the last two years she decided she wanted to get out.”
Melillo created a GoFundMe account to help raise money for Beltran’s funeral. In a note posted there, he remembered his friend and business partner.

“There is a special place in heaven for a person like you, it is in the loving, kind, fun section, so while your there be your bossy self and tell them,  ‘Step it up,’” he wrote. “We love you and always will.”
Posted by Mix Masta B at Tuesday, December 19, 2017