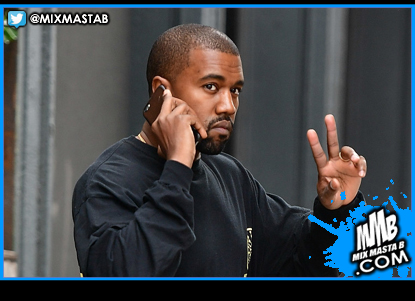 2016 was a tumultuous year for Kanye West. From his onstage meltdown in San Jose during a Saint Pablo Tour stop and subsequent hospitalization to his meeting with Donald Trump at Trump Towers in New York City, Ye’s behavior seemed out of character — even for the guy who famously disrupted Taylor Swift’s acceptance speech at the 2009 MTV Video Music Awards.

Consequently, Kanye had to cancel the remaining tour dates, which cost him millions in lost profits, and now he’s reportedly suing his insurance company for $10 million.


According to The Hollywood Reporter, Ye and his company — Very Good Touring Inc. — are suing various syndicates of insurer Lloyd’s of London for a loss claim they filed just two days after Kanye checked into a psychiatric center. In a complaint filed on Tuesday (August 1) in a California federal court, they allege the company is stalling on payment, and noted it’s been more than eight months later since they filed.

“Nor have they provided anything approaching a coherent explanation about why they have not paid, or any indication if they will ever pay or even make a coverage decision, implying that Kanye’s use of marijuana may provide them with a basis to deny the claim and retain the hundreds of thousands of dollars in insurance premiums paid by Very Good,” the complaint read. “The stalling is emblematic of a broader modus operandi of the insurers of never-ending post-claim underwriting where the insurers hunt for some contrived excuse not to pay.”

Lloyd’s of London’s policy is to pay out if the person suffered a mental breakdown, which the lawsuit attempts to prove. It claims his “strained, confused and erratic” behavior in Sacramento and decision to cancel the tour suggests he wasn’t well. The insurance companies were reportedly informed and eventually provided with sworn testimony from his primary physician that West “suffered a debilitating medical condition that required he not tour.”

According to court papers, the insurers are requesting to interview others outside of Yeezy’s control to make a final ruling. The insurers also allege the defendants are raising “irrelevant facts.”

As Kanye’s lawyer Howard King writes, “Performing artists who pay handsomely to insurance companies within the Lloyd’s of London marketplace to obtain show tour ‘non-appearance or cancellation’ insurance should take note of the lesson to be learned from this lawsuit: Lloyd’s companies enjoy collecting bounteous premiums; they don’t enjoy paying claims, no matter how legitimate. Their business model thrives on conducting unending ‘investigations,’ of bona fide coverage requests, stalling interminably, running up their insured’s costs, and avoiding coverage decisions based on flimsy excuses. The artists think they they’re buying peace of mind. The insurers know they’re just selling a ticket to the courthouse.”