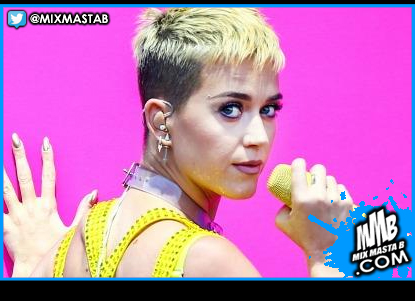 We're used to seeing Katy Perry rock several (and we mean several) shades of hair colors, but folks were surprised when the pop titan went uber blonde and then proceeded to basically chop off all of her hair. It was one of the talking points during the star's visit to "The Ellen DeGeneres Show," but the reason for the sudden transformation might catch you by surprise.

During the appearance, which aired on Tuesday (May 16), Perry spoke with the host about "wanting 'The Ellen,'" in reference to her partially buzzed dirty blonde locks. Asked how the transformation came about, the pop star revealed that she did it "about a month and some change ago" and it was sort of a look of fate.


"I was on the way here," the 32-year-old star explained, pointing to her May issue of Vogue on a nearby table. "I don’t know if you’ve ever dyed your hair blonde, and too blonde, sometimes your hair falls out when you go too blonde. So, that's the way I handled it. This is the destination I showed up to."
Perry's new look arrives just weeks before the release of her new album, WITNESS, which was announced on Monday. She went on to tell DeGeneres that the set was created during the summer of 2016 after a much-need hiatus from the scene. "I started writing a record in June of last year," she said of the process. "I wrote over 40 songs. Now I have 15 beautiful songs to represent this story I want to share with the world."
WITNESS drops on June 9 and includes the collection's lead single, "Chained to the Rhythm," and the recently-released "Bon Appétit." Click here to pre-order the album.
Posted by Mix Masta B at Wednesday, May 17, 2017