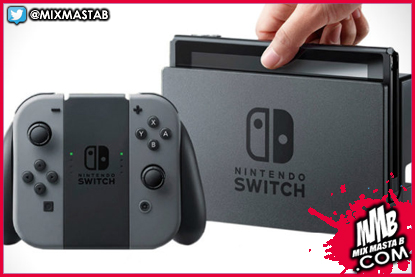 Nintendo’s deputy general manager, Yoshiaki Koizumi, teases that the rumors about GameCube games coming to the Switch could turn out to be true after all.

The excitement surrounding the Nintendo Switch is palpable now that it is just a few weeks away from the console’s launch. Despite having a relatively light launch lineup, the Switch is still the beneficiary of a huge release coinciding with its debut in The Legend of Zelda: Breath of the Wild, and that game alone has seemingly been enough to sway a number of gamers into purchasing the Switch on March 3.


Despite innovation being the name of the game for the Switch, however, recent rumors surrounding the possibility of a GameCube virtual console on the Switch has had gamers looking back toward the past. The GameCube has long been revered as a console that was under-appreciated during its time, and a number of its brightest games have never had the chance to shine on another platform. A statement made from Nintendo’s deputy general manager, Yoshiaki Koizumi,  to French publication Melty makes the possibility of a GameCube virtual console feel much closer, however:


“We can not really answer with precision [about GameCube games coming to the Switch] because we have not announced anything about it at this time…what I can tell you is that we are working on things that go in that direction.”

Koizumi did not disclose what said “things” Nintendo is working on are, but it seems pretty obvious that they are tied to the persistent rumor that a GameCube virtual console is in the works for the Switch. Given that a number of GameCube classics have appeared on Switch game wishlists as remaster requests, the presence of an actual GameCube virtual console could be just the thing to push the Switch toward legendary Nintendo console status.
Of course, Koizumi’s comments did not confirm that it would indeed be the GameCube virtual console coming to the Switch, and gamers should still only be cautiously optimistic about the prospect. Nintendo has expressed a reluctance to make the Switch backward compatible with either older games or controllers, and the company has had a number of chances to make past consoles support the GameCube while ultimately deciding not to.
Still, this is the closest the dream of a GameCube virtual console has ever been to a reality with Nintendo, so it’s understandable that many gamers are excited by even the slightest chance of it becoming reality. Whether or not the GameCube does come to the Switch, however, it’s likely that it won’t be announced until after the launch period settles down, so fans will have to wait and see for a little while yet.
The Nintendo Switch will release on March 3, 2017.