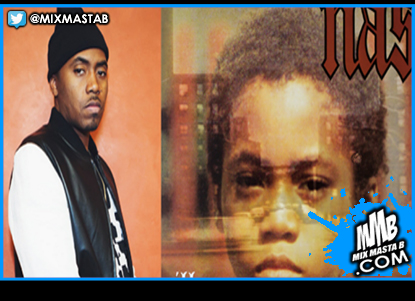 Five years ago, producer 9th Wonder was named a Harvard fellow, a position which has endowed him with the responsibility of preserving Hip-Hop music and culture within the Ivy League university’s cherished library. At the onset of his tenure, 9th began working on an initiative for the Dubois Institute at Harvard, under the tutelage of Henry Louis Gates and Dr. Macy Morgan and now, he has shared news likely to make any Hip-Hop Head proud: A Tribe Called Quest’s The Low End Theory, Kendrick Lamar’s To Pimp a Butterfly, Lauryn Hill’s The Miseducation of Lauryn Hill, and Nas’ Illmatic will all be entering Harvard Library’s distinguished archives.
Lauryn Hill’s The Miseducation Of Lauryn Hill Is Off To The Library Of Congress
These four albums represent the first inductees into what 9th calls his “These Are the Breaks” archival project at Harvard University. “These are the first four we chose to start with to live for forever in the Harvard Library…and to be forever placed in the canon…complete with liner notes and the vinyl that was used in the production of the album,” 9th wrote in an Instagram post. In full, the archival project will include 200 albums, each of which he says “are the standard of the culture.”


IThe Low End Theory – which celebrated its 25th anniversary in 2016 – is indeed a seminal album that all Heads can agree should be preserved for future generations to study. The 1991 LP is perhaps the best introduction to Jazz-Hop there is, with bassist Ron Carter’s presence on the album (as well as elements of Jazz littering the entire LP) signifying the close relationship Hip-Hop and Jazz have with one another. For those looking to trace the development of Hip-Hop culture from the culture of its predecessors, songs like “Jazz (We’ve Got)” offer a definitive bridge between chapters in Black music.
Nas’ Illmatic – by and large considered to be one of the most prolific debut albums in music history – is a staple for any student of Rap music looking to understand lyricism and how storytelling capabilities separate an MC from a rapper. It was chosen by you, Ambrosia for Heads readers, as the greatest Hip-Hop album of all time, and will now have a permanent residence in the annals of history at one of the world’s most prestigious places of learning. Despite having been released in 1994, it didn’t reach platinum-selling status until 2011; some wonder how it could have taken so long, while others recognize the fact that, nearly 20 years later, Illmatic continues to be discovered by new fans.
With those two albums, 9th Wonder has ensured that early 1990s Hip-Hop is well represented in the first group of inductees. But with the remaining two, he secured a place for two other eras of Hip-Hop, and two of the most acclaimed albums of any genre, at that. 1998’s The Miseducation of Lauryn Hill was not only the solo debut of The Fugees’ female member, but it broke a record in first-week sales for a woman. The album’s massive success helped bring Hip-Hop (and to some degree, Neo-Soul) into mainstream acclaim, scoring a whopping ten nominations at the Grammys (and winning five, including Album of the Year). Similarly, Kendrick Lamar’s To Pimp a Butterfly is a Hip-Hop album that earned the attention of pop culture in general, nominated for Album of the Year and winning Best Rap Album. But perhaps most impressive about its inclusion in the inaugural class of albums heading to Harvard’s archives is the fact that it was released fewer than two years ago, signifying Hip-Hop’s continued influence and cementing Lamar as one of the most important artists in Hip-Hop’s multi-decade history.
While details around when 9th Wonder will announce the next group of albums to head to Harvard are still pending, his decision to make piecemeal announcements allows for Heads to wonder who’ll be next…For more information on the Hip-Hop archival project, Heads can follow @TheHipHopArchive on Instagram and visit its official website