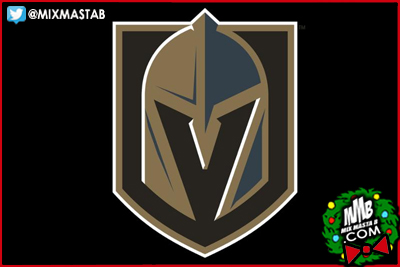 Remember the big reveal a few weeks ago? Turns out there's an NCAA team with the same name in upstate New York.


Just a few weeks out from the reveal of their name and logo, the Vegas Golden Knights have hit a setback, as their trademark request was denied by the United States Patent and Trademark Office.
A USPTO document made its way across the Internet on Wednesday evening detailing the rejection of Black Knight Sports and Entertainment’s (the company owned by Vegas team owner Bill Foley) attempted trademark. The reason for the denied request? The Vegas mark shares too many similarities with The College of Saint Rose Golden Knights.


The 164-page document is mostly articles of random websites from Wikipedia, and even our own site!
The real meat of the Vegas trademark debacle is in the first page, however.

Marks are compared in their entireties for similarities in appearance, sound, connotation, and commercial impression...
In this case, the wording “GOLDEN KNIGHTS” is the dominant portion of both the registered and applied-for marks. In the registered mark, the wording “GOLDEN KNIGHTS” appears significantly larger than the subscripted additional text. Further, the “GOLDEN KNIGHTS” wording is centered in the mark, and appears in the more stylized and distinctive typeface as compared to the remaining wording....
Marks may be confusingly similar in appearance where similar terms or phrases or similar parts of terms or phrases appear in the compared marks and create a similar overall commercial impression...
In this case, the marks share the common wording “GOLDEN KNIGHTS,” and the additional wording does not change the overall commercial impression of the marks. The wording “THE COLLEGE OF SAINT ROSE” in the registrant’s mark is presented in such a manner that consumers encountering the mark are likely to read it as a tagline; consumers will focus on the wording “GOLDEN KNIGHTS.”
Accordingly, the examining attorney finds that the marks are identical in part, sharing their most dominant and source-identifying portions, and are confusingly similar when compared in their entireties.

Essentially, the logos and stylizations are too similar. It’s baffling the NHL and Vegas didn’t go through the trademark process before announcing the name and logo last month. Yet, all is not lost. Later down, the document states the Black Knight Sports and Entertainment group “may respond to the refusal by submitting evidence and arguments in support of registration.”
The Vegas Golden Knights will suit up to play hockey as the NHL’s 31st team in the 2017-18 season.
Posted by Mix Masta B at Friday, December 09, 2016