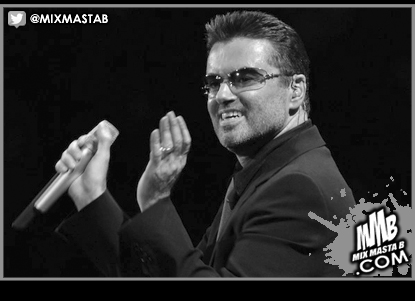 George Michael died on Sunday, December 25, at the age of 53, the BBC is reporting.

Former singer with 1980s pop group Wham! "passed away peacefully at home," according to the BBC.

Police say the South Central Ambulance Service was called to a property in Oxfordshire, England, just before 2 p.m. on Christmas Day.

Authorities say there are no suspicious circumstances involved.

"It is with great sadness that we can confirm our beloved son, brother and friend George passed away peacefully at home over the Christmas period," the "Freedom" singer's publicist said in a statement.
"The family would ask that their privacy be respected at this difficult and emotional time. There will be no further comment at this stage."
Born Georgios Kyriacos Panayiotou in London, Michael befriended future Wham! bandmate Andrew Ridgeley in high school. They released their first album, Fantastic, in 1983, and found fame in the U.S. the following year with their second album, Make It Big, which spawned the megahits "Wake Me Up Before You Go-Go" and "Careless Whisper."
Michael went solo in 1987, releasing the album Faith, which won a Grammy for Album of the Year, featured hits like "I Want Your Sex" and sold more than 20 million copies worldwide. He went on to sell more than 100 million albums throughout his career.
Posted by Mix Masta B at Tuesday, December 27, 2016