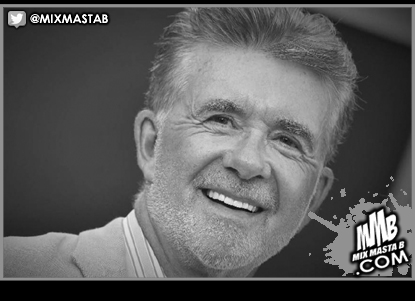 Alan Thicke, an actor best known for playing beloved father Jason Seaver in the ‘80s sitcom “Growing Pains,” had been laying hockey at an ice rink in Burbank with his son Tuesday when he collapsed and was taken away on stretcher.
Thicke later died of a heart attack. He was 69.


The Canadian-born actor and his youngest son, Carter, had gone to Pickwick Gardens on Riverside Drive in Burbank for their weekly pickup game of hockey. Alan Thicke collapsed as he and other players were warming up, KTLA-TV reported.
“He definitely had some color to him, or not a whole lot of color,” Stavert told KTLA-TV. “But he was talking. He was alert. He even at one point made a crack to his son to take a picture of him on the stretcher, so he seemed to be in good spirits when he left.”
In a message on Instagram, the younger Carter later remembered his father.“Today I lost my best friend and my idol, and the world lost one of its finest,” Carter Thicke wrote Tuesday. “I have never known a more kind, loving ... and generous person in my life and I am forever grateful for the light that this man brought to my life and so many others. You will be missed every second of every day. You are a legend and I love you Pops. Until next time.”
His son, pop-soul singer Robin Thicke, told The Times that one of the last things he said was a compliment to Carter Thicke on a nice shot. He said his father was “the greatest man I ever met” and “always a gentleman.”
Thicke was born Alan Willis Jeffrey in 1947 in the small town of Kirkland Lake, Ontario. Thicke was also a lifelong hockey fan and player.
"Kids skated out of the delivery room. Your mother owned a hockey stick," Thicke told The Times in 1986 of his hometown, which was also the birthplace of hockey stars.
Thicke is survived by his wife Callau; sons Brennan and Robin from his marriage to Gloria Loring; and Carter, his son from his marriage to Gina Marie Tolleson.
Posted by Mix Masta B at Wednesday, December 14, 2016