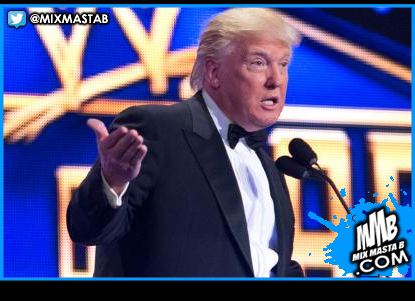 Although President Elect Donald Trump is a WWE Hall of Famer and has been apart of WWE for many years in different forms it doesn't look like all WWE Superstars are excited about his election.

Click READ MORE to see what WWE Superstars have been tweeting since the news broke.


Horrible nightmare last night. It was so weird, I was in Germany but the U.S. was Germany now? But from like, 80 years ago? So weird? Scary.
— Sami Zayn (@iLikeSamiZayn) November 9, 2016

Once upon a time, I was on welfare. And I worked my ass off to get where I'm at. Period. No president helped me. You're no different. #PMA
— Corey Graves (@WWEGraves) November 9, 2016

Hey America, either candidate was going to be controversial. I voted for Bloomberg-but, can we all get along now and quit the name calling?
— John Layfield (@JCLayfield) November 9, 2016

"How did the media get it so wrong?"

I believe in love and respect. I believe in fairness, equality and humanity above all. That is what I will teach my daughters. Goodnight.
— Beth Copeland (@TheBethPhoenix) November 9, 2016