Trump reportedly asks why US can't use nukes #MMBUSNews #Vote2016 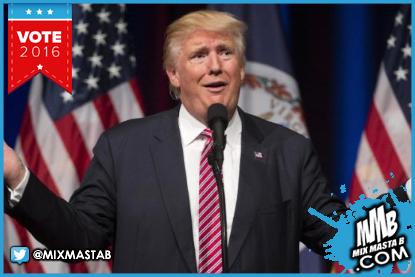 Donald Trump asked a foreign policy expert advising him why the U.S. can't use nuclear weapons, MSNBC's Joe Scarborough said on the air Wednesday, citing an unnamed source who claimed he had spoken with the GOP presidential nominee.
"Several months ago, a foreign policy expert on the international level went to advise Donald Trump. And three times [Trump] asked about the use of nuclear weapons. Three times he asked at one point if we had them why can't we use them," Scarborough said on his "Morning Joe" program.


Scarborough made the Trump comments in an interview with former Director of Central Intelligence and ex-National Security Agency Director Michael Hayden.
Scarborough then asked a hypothetical question to Hayden about how quickly nuclear weapons could be deployed if a president were to give approval.
"It's scenario dependent, but the system is designed for speed and decisiveness. It's not designed to debate the decision," Hayden said.
Hayden was CIA director from 2006 to 2009 during the George W. Bush presidency. He was the National Security Agency director from 1999 to 2005, spanning the presidencies of Bill Clinton and George W. Bush.
CREDIT // SOURCE - MSNBC
Posted by Mix Masta B at Thursday, August 04, 2016