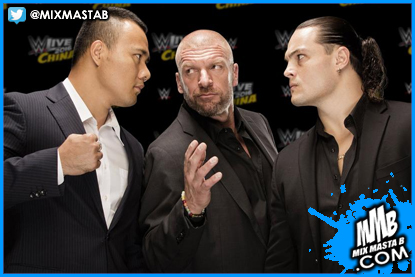 SHANGHAI, China and STAMFORD, Conn. — Spectators at WWE Live China in Shanghai on Saturday, Sept. 10, will witness history asBin Wang, from Anhui, makes his WWE in-ring debut against Superstar Bo Dallas.
The 22-year-old’s first appearance for WWE will be in front of his home nation at the Mercedes-Benz Arena. Wang, 6-foot-3, 220 pounds, signed a WWE developmental contract in June, giving him the opportunity to train at WWE’s Performance Center in Orlando, Fla. He will now be part of a Live Event featuring John Cena, Roman Reigns, Big Show, Sasha Banks and more*.


“It will be a great honor to make my WWE debut in my home nation,” said Wang. “I recognize I am not only representing myself, but everyone in China, and I am committed to making them proud as I continue on the journey to become the first-ever Chinese WWE Superstar.”
WWE Live China is at the Mercedes-Benz Arena, Shanghai, on Saturday, Sept. 10, at 7:00 p.m. local time. Tickets are available fromwww.gewara.com.
*Talent lineup subject to change.
Posted by Mix Masta B at Tuesday, August 23, 2016