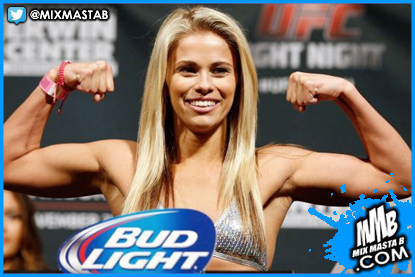 Paige VanZant has decided to forgo opportunities with the WWE and an appearance in the upcoming "Kickboxer" sequel to focus on her newly-booked UFC fight against Bec Rawlings Aug. 27.

VanZant just accepted a bout with the Australian-born strawweight for the upcoming FOX UFC Fight Night card in Vancouver, which will put the "Dancing With the Stars" runner-up into training through the summer.

Because of her schedule, VanZant opted to turn down an offer she had pending to appear at WWE SummerSlam on Aug. 21, as well as a small role in "Kickboxer: Retaliation" that was expected to film in Thailand this summer.

"Fighting definitely comes first. I've recently declined to be in the 'Kickboxer' movie because I want to be 100 percent for this fight and train 100 percent, and filming that movie was kind of going to get in the way," VanZant told ESPN on Thursday. "We couldn't get a date set that worked with my fight schedule."

FOX Sports first reported that VanZant had been contacted about taking part in the WWE's August event, but SummerSlam takes place a week before her newly scheduled fight with Rawlings, which makes the appearance virtually impossible.

VanZant has already been out of action since last December, when she lost by submission to top-five ranked strawweight Rose Namajunas. She took time off to participate in the most recent season of "Dancing with the Stars."

After competing on the popular reality TV dance series, VanZant is anxious to get back to her primary focus of fighting. She'll worry about the other projects when she has more time.

It just won't be right now.

"I really, really miss MMA. I miss the UFC and this is my world and I belong in it and I'm excited to get back in the cage," VanZant said.

"I feel like I just missed violence. That's bad," the 22-year-old continued. "I went to a few UFC fights and watching them, it's really hard for me to sit still cage side because I just want to be in there and that's how it's been every time I go to a UFC fight. So I was just jealous of all the fighters who were able to get fights matched up. Every time there was a fight announcement, I wished it was me. So now I finally get to say my fight announcement, we finally got a matchup and August 27 I'm going to be back in the UFC."

VanZant will get her chance to revisit her love of the Octagon when she faces Rawlings as part of the FOX UFC Fight Night card on Aug. 27 in Canada.