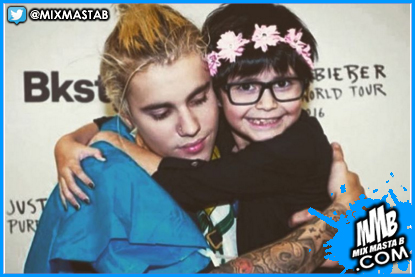 It seems like only yesterday we were counting all the ways Justin Bieber’s meeting fans on his PurposeWorld Tour. Oh wait… it was only yesterday. And while most of the cute moments we highlighted still hold up, there’s one that’s now been kicked to the curb: his backstage meet-and-greets with fans.


he 22-year-old took to Instagram on Tuesday to tell fans that meet-and-greets leave him feeling “mentally and emotionally exhausted to the point of depression,” and he wants to make sure he’s in the best possible mood before performing.


“Love u guys.. I’m going to be canceling my meet and greets,” he wrote. “I enjoy meeting such incredible people but I end up feeling so drained and filled with so much of other people’s spiritual energy that I end up so drained and unhappy.
“Want to make people smile and happy but not at my expense and I always leave feeling mentally and emotionally exhausted to the point of depression,” he continued. “The pressure of meeting people’s expectations of what I’m supposed to be is so much for me to handle and a lot on my shoulders. Never want to disappoint but I feel I would rather give you guys the show and my albums as promised. Can’t tell you how sorry I am, and wish it wasn’t so hard on me.. And I want to stay in the healthy mindset I’m in to give you the best show you have ever seen ;).”
Earlier on Tuesday, Idolator reported that Bieber had suddenly cancelled all future meet-and-greets following a “security incident” during a recent show. Bkstg, the company that manages JB’s VIP ticket packages, announced the news on its website, writing, “During a recent show, there was a security incident that caused our team to have to meet and re-think how meet and greets were handled.
“This is a new tour with new venues almost every night and still a changing process, but we have decided for the time being that this is our best course of action,” the statement continued. “We are letting everyone affected know, are offering refunds, and are also offering the alternative of a VIP hangout where both pics and videos can be taken of Justin, just no longer a group pic with him.”
Whether that stipulation still holds up — or whether all meet-and-greet packages in any capacity have been cancelled — is unclear. But one thing’s for sure: there are going to be a lot more lonely girls in the world who won’t be getting their coveted selfies with JB. At least they can know, however, that when he performs he’ll be in the healthiest mindset possible.
CREDIT // SOURCE - MTV
Posted by Mix Masta B at Tuesday, April 26, 2016