Run-D.M.C. Will Be The First Rap Artists To Receive A Grammy Lifetime Achievement Award #MMBMusic 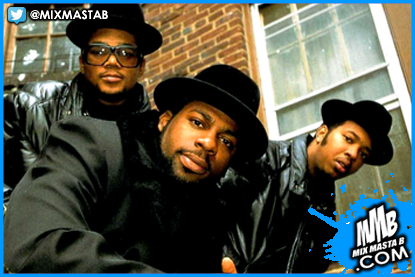 The relationship between Hip-Hop artists and the Grammy Awards has been curious, at best, over the years. Things did not get off to a good start when DJ Jazzy Jeff & The Fresh Prince won the first ever Rap Grammy, in 1989. When the show chose not to televise their receipt of the award, they boycotted…Fast forward 24 years, and many know the controversy that ensued after Macklemore & Ryan Lewis took the Best Rap Album Grammy over Kendrick Lamar.

Things are starting to look very different, however, in 2016. Kendrick Lamar closed 2015 with an emphatic 11 nominations. That tally was the most ever for a Rap artist, and the second most of all-time, just shy of Michael Jackson’s record 12 nominations in 1983, the year that Thriller cleaned up. And, now, The Recording Academy has announced that Run-D.M.C. will receive a Grammy Lifetime Achievement Award, making them the first Rap act to be so honored. “I just got a call from the Grammys!! They shocked me!! We’re the first rappers to get this award!!,” said group member Rev Run in a tweet. They will be honored at a ceremony with a performance that will take place in the Spring.

From the beginning, the trio of Run, D.M.C. and the late Jam Master Jay broke ground. They shunned the flamboyant gear of earlier rappers in their era, in favor of the clothes they wore on the streets: leather jackets, Lee jeans and Adidas sneakers. They eschewed the recycled disco sound of past acts in favor of minimalist beats and, at times, heavy guitars. Though they were master rappers, they boldly proclaimed themselves the Kings of Rock. And, they broke the genre barrier at MTV, becoming the first Rap act to be played on the influential music network.
As such, it seems fitting that they would be the first in Hip-Hop to receive this Lifetime Achievement Award. Hopefully, as has been the case with all of the trails they’ve blazed, they will be the first of many more to come.