The Rock reveals he will appear at WrestleMania #MMBMania 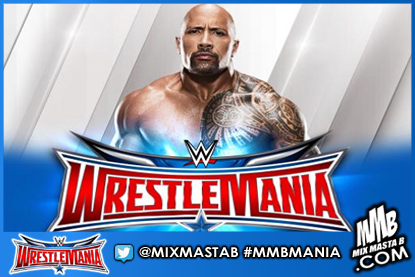 The Grandest Stage of Them All will now feature The Most Electrifying Man in Entertainment.
The Rock announced Monday on Instagram that he will be in Dallas for WrestleMania when The Showcase of the Immortals takes over AT&T Stadium on Sunday, April 3, 2016.
The Great One memorably dropped by last year’s WrestleMania, held at Levi’s® Stadium in Santa Clara, Calif., where he and UFC sensation Ronda Rousey cleared the ring of Triple H & Stephanie McMahon. What will The Rock have in store for the WWE Universe this April?
Taking place in the home of the Dallas Cowboys, WrestleMania 32 is expected to host the largest crowd in sports-entertainment history. WrestleMania will air live on the award-winning WWE Network, and tickets for the huge event are available now at ticketmaster.com.
Posted by Mix Masta B at Thursday, December 31, 2015