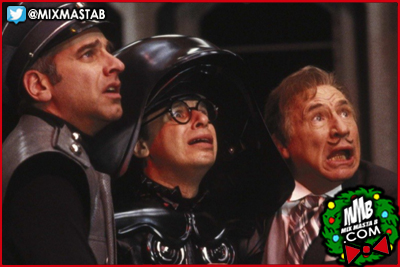 Now that Star Wars has returned in full-Force, now seems like the perfect time for its parody counterpart, Spaceballs, to grace us once again. Released in 1987, the film has aged beautifully, and now it seems like Mel Brooks—who wrote, directed, produced, and starred in the original—has his sights set on a sequel.

Brooks was on Adam Carolla’s Take A Knee podcast earlier this year, and it was there that he confirmed a sequel is in early phases of development. As far as details go, however, Brooks revealed that he hopes to start filming in 2016 and bring back as much of the original cast back as possible. Even better? He’s tentatively titling the film Spaceballs: The Search For More Money—a brilliant callback to the merchandising of the first movie.

There are several significant hurdles this production would need to overcome, however: mainly the passing of several cast members, including John Candy in 1994. We’d almost rather see a sequel not bring back his character Barfolomew than cast somebody in the role who won’t be able to capture his spirit, which is certainly a tall order. Dick Van Patten and Joan Rivers—the other two deceased cast members—also played important roles.

Then there’s Rick Moranis, who played Lord Dark Helmet and is in a pseudo-retirement at the moment, having only appeared in a few voice roles since 1997’s Honey, We Shrunk Ourselves. There are substantial obstacles in the way of a Spaceballs sequel happening, but let’s not forget that we still have Mel Brooks, a comedy genius and legend who should be able to figure out a solution that respects the franchise and is more than a nostalgia tour.